What in the world did we ever do before the internet?...before Google?...before Pinterest??

Last November, I eagerly volunteered to be in charge of our Young Women's New Beginnings night.  (That's the annual program held in the beginning of the year where the NEW THEME is officially presented and the girls who are turning 12 are introduced to the YW Program as well as to the other girls.)  I thought it would be a good way to get my current Beehives to take an interest in the upcoming Beehives.  I thought it would be a great way to get them working on some Personal Progress experiences.  And I was feeling a little guilty that I hadn't really done very much in the 4 months since being called.  Besides, I had a whole 3 months before it was scheduled and I already had a billion ideas.

I started collecting everything I could find on Google and every LDS blog out there.  And before Thanksgiving, I had a theme, a song, a skit, and a plan.  I sent an email to the rest of the Presidency with all of my awesome ideas, and then left the whole thing alone until after the holidays.

And then, guess what!  Over the holidays I discovered PINTEREST! which opened up a billion more amazing ideas.  Over the last 6 weeks, I've changed almost the entire original plan.  The only thing still intact is the theme.  Arise and Shine Forth.  New Beginnings is about a week away, and I'm still changing things.  (Not all the changes have been dictated by me, though...the Beehive Presidency had their own great ideas that they wanted to bring, so I threw some of mine out.)

Here are some of the amazing ideas I've borrowed from people much more creative than me...

This blog has tons of amazing YW ideas...http://hangaribbononthemoon.com/

The Beehives wanted all yellow and white desserts, so we decided on yellow cupcakes and lemon squares.  We're also having a "light" dinner of soup and salads (get it...that goes with the LIGHT theme of Arising and Shining Forth...my clever Beehives came up with that, too.) 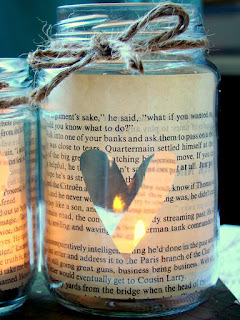 I'm doing a sort of combination of these two ideas for centerpieces...the Beehives will be helping me put 10 of these together tomorrow night for our YW activity.  If it works, I'll blog it so you can see how they turned out.


I am so incredibly grateful for technology and the ability to share (and steal) ideas from people who have done this before.  It's like having an endless group of experienced friends to call upon at any moment.