Good Things So Far This Week

The sun came out yesterday... 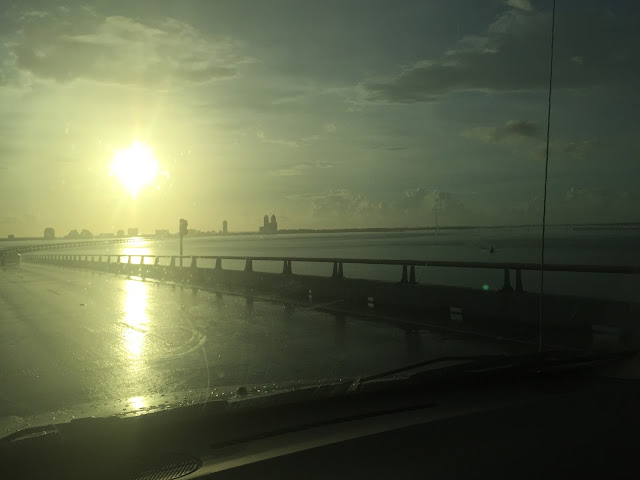 I noticed a sign on the bridge yesterday morning that reminded me to look for pelicans... and thinking about pelicans first thing in the morning is always the start of a great day. 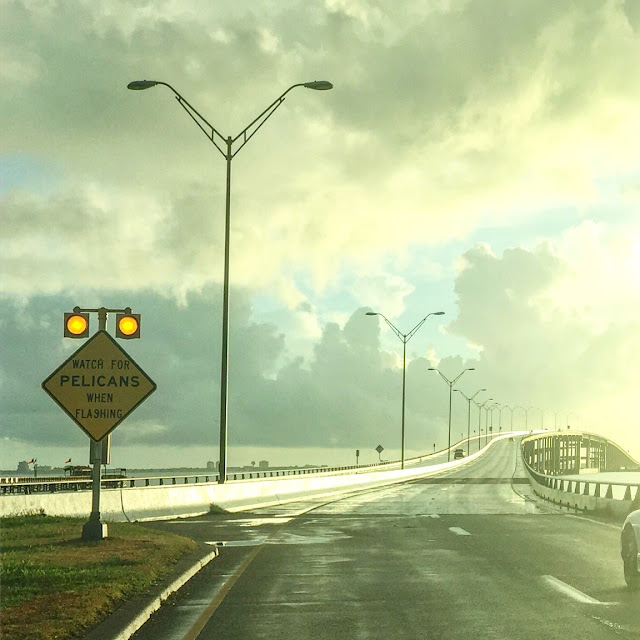 We found the beach! 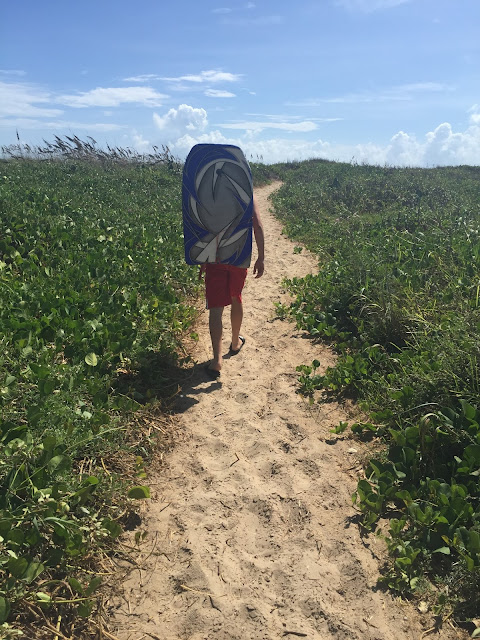 We played there for several hours...all of us!  Yep, I even got in the water and played with the kids. 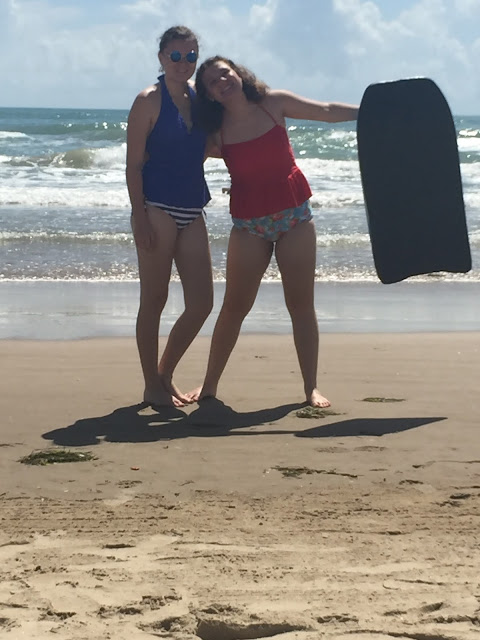 I also found the world's most perfect umbrella and chair that I'm pretty sure were put there just for me. 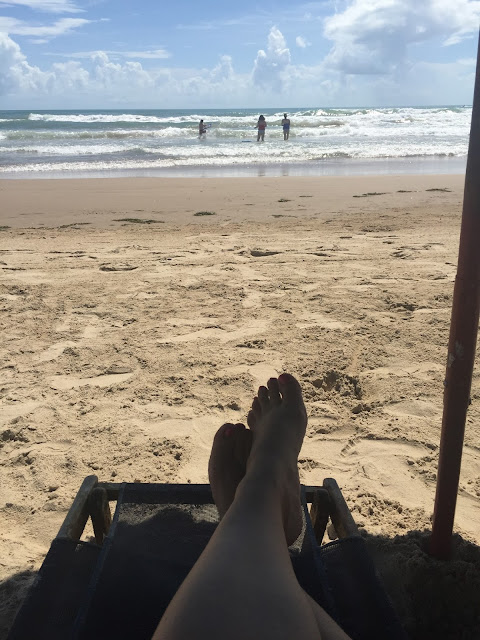 Craig made it back to the condo on Monday night just in time to take us to Isla Blanca where we watched the sunset from a huge, beautiful jetty. 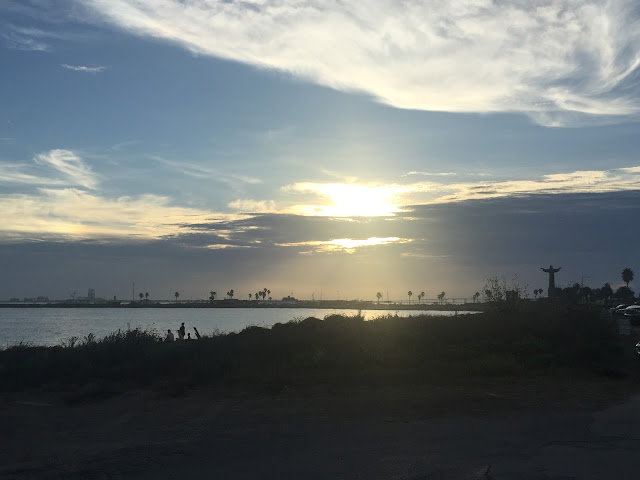 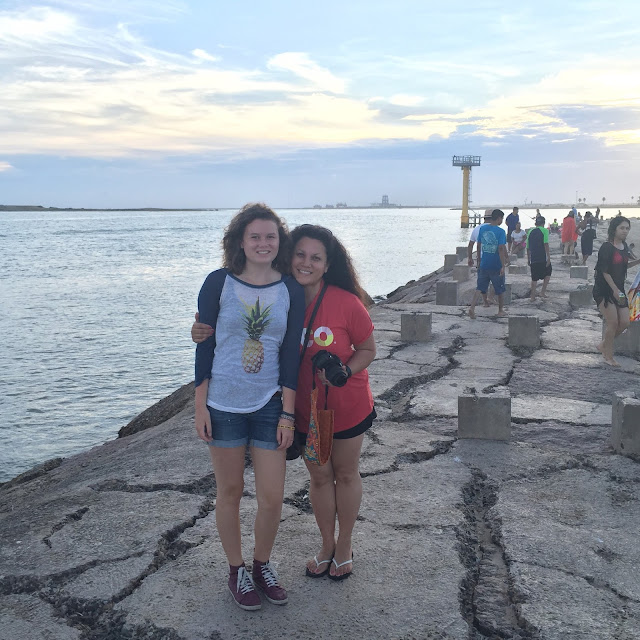 McKay fulfilled one of his lifelong dreams of standing on the edge of a jetty and getting sprayed with water.  (...yep, we were all quite surprised to find out that was even on his list.) 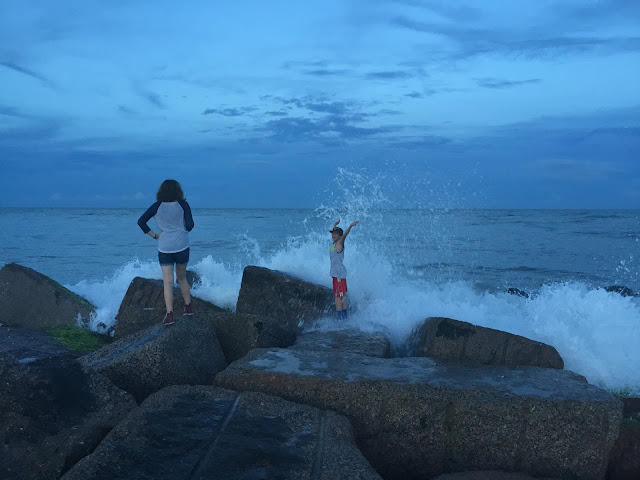 There are some cool Pokemons at the beach! 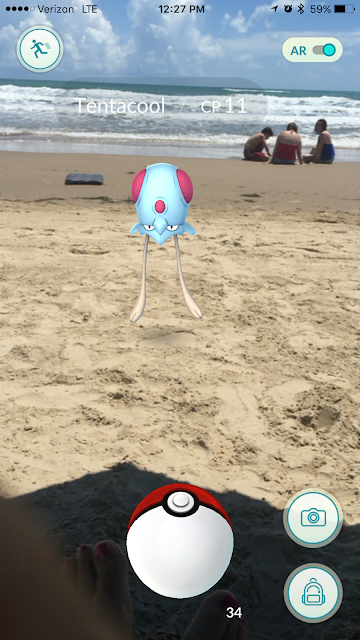 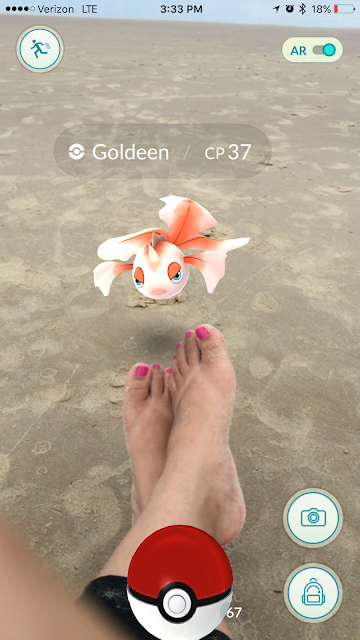 It was rainy and cloudy again today, so we walked 6,000 (of my recommended daily 10,000) steps and did some souvenir shopping.  Sharks are Emma's favorite so the girls had to get a picture with this giant one. 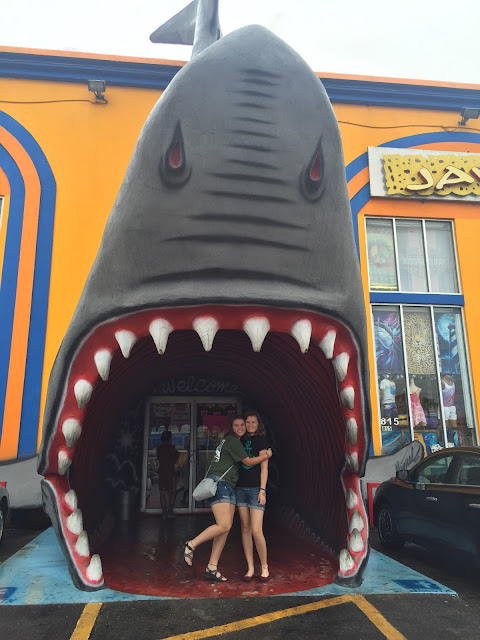 Eventually, when it stopped raining we walked to the beach and played for a couple of hours.  This cute thing washed up on the shore shortly after we got there.  :) 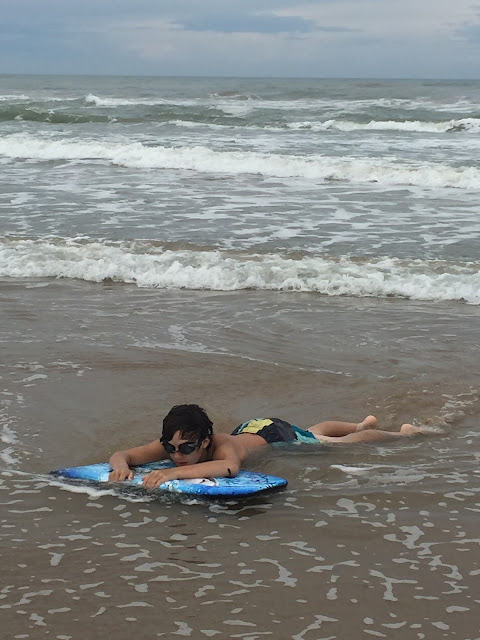 We combined our collective efforts and tried to build a sand castle, but eventually turned it into a sea turtle because we couldn't get the sand to pile higher than two inches.
Design and construction:  Emma
Collection of shells for body:  Megan and McKay
Clever use of recyclable materials for eyes:  Me 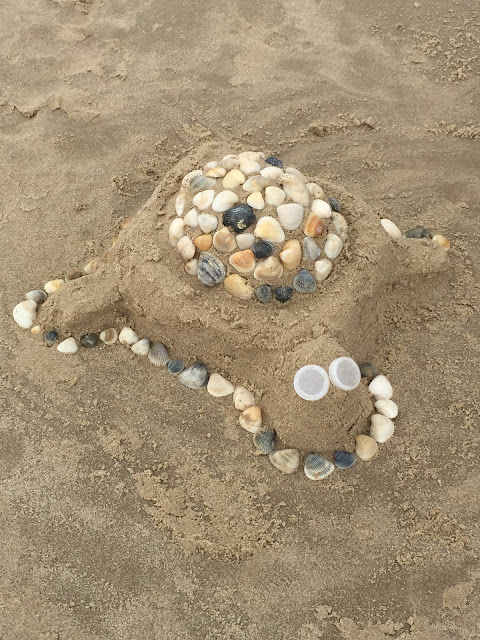 I got the nicest anonymous text from someone this morning who happened to be visiting Germany and happened to take the sister missionaries to lunch.  Oh, I just love unexpected surprises.  People are so kind to missionaries and so thoughtful to think of their moms! 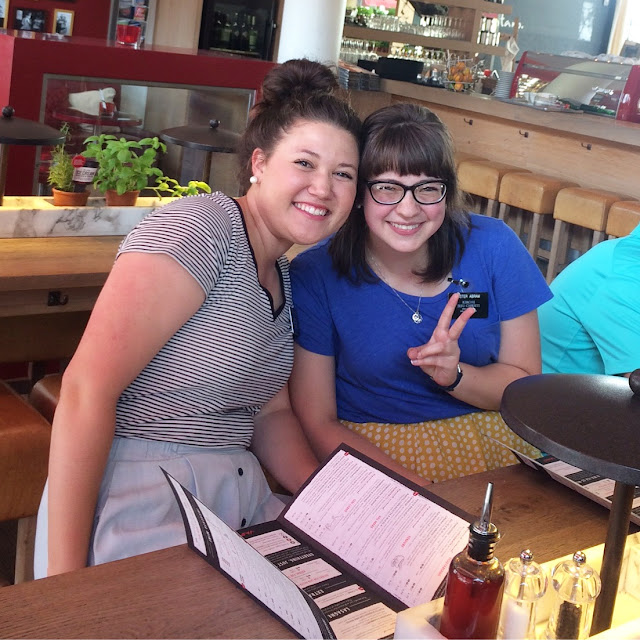 It's been a mostly lazy, mostly relaxing two days on the beach so far, and I mostly love it.  Lots of playing, lots of sleeping in, no driving or running errands, no make up, siestas in the afternoons, and lots of Olympics.  It's been a pretty great week so far and it's only Tuesday!

Quote of the Day:


"I think these cloudy days are the best time to come to the beach.  There's no one here.  There's no sun so we won't burn.  And the waves are super wavy!"  -  McKay Thunell 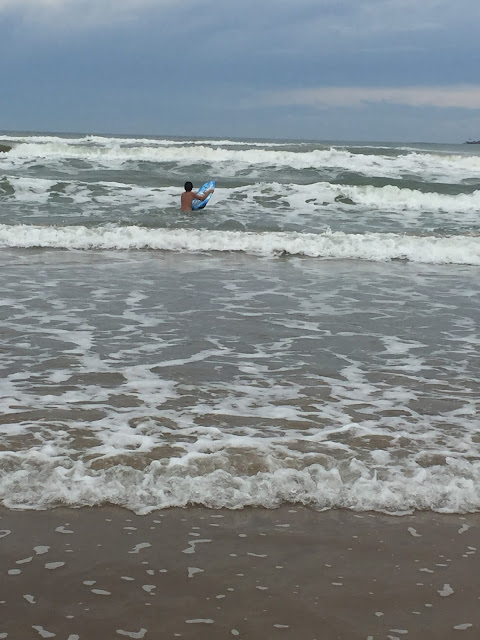