Happy spring!  It is finally warming up here in Austria, and I'm loving it! It makes me even more motivated to go outside and talk to people!

This was a CRAZY week!  Like crazier than usual. We had an ultimate tausch on Wednesday and Thursday with the Wien 3 sisters!  Ultimate just means that all four of us stayed in Wien, but switched companions!  I worked with Sister Gilmour for the day, and it was so fun!  We were in the MTC together, so it was so fun to see each other, and see how much we have learned and grown in just these short few months!  I learned SO MUCH from Sister Gilmour. She is seriously the best. I was definitely NOT called as a Sister Training Leader because these sisters need my help and advice.  I was called because I NEED ALL OF THESE SISTERS!  They're all just so inspiring, it's ridiculous. 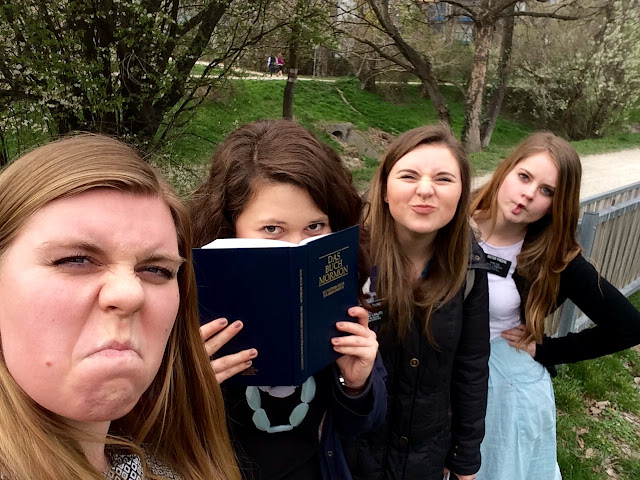 Some tausch miracles: we were walking down the street and walked past this giant open window, and we could see right into someone's kitchen!  Like we could have taken a roll off of the table if we wanted to, if there were rolls on the table. But I told Sister Gilmour that I had always wanted to throw in a pamphlet or something when I saw open windows like this, and she was like "well let's put a Book of Mormon on the windowsill!" So we did! We set it up all cute, and I had actually just written my testimony in it that morning! Can't you just imagine someone getting up during fast and testimony meeting in a couple years and telling the story of their conversion starting with, "I came back into my kitchen one day and I just found this random book sitting there! So I decided to read it!"  Haha! It was awesome!

Then we were talking to this lady from Poland on the bahn, and we gave her our card and told her to call us!  Then literally 10 minutes after we got off, she texted us!!  That never happens, so we were freaking out! :)  When the four of us got home that night, we all watched The Errand of Angels together!  If you want to know exactly what I do every single day, the struggles I have, what the scenery looks like, and what the people sound like, then go watch The Errand of Angels!  I don't know why I've never heard of this movie before!! It's about a sister missionary who gets called to this mission, and she serves in Graz and Wien and Salzburg! All the places I've been to!  It's literally 100% accurate.  So there's an FHE idea! :)
Sister Gilmour told me this super awesome analogy while we were together, so I thought I would share it with y'all!  She said, "Remember when you were little and you were following your parents' footsteps in the snow? You tried your best to hop exactly into one and then another, but because you were so little you didn't always make it exactly into the footprint! But as long as you followed in the same path, you would eventually get to where your parents were. Well this is like us following the Savior's footsteps. We try our hardest to be exactly like Him, but we fall short a lot of the time. He will make up the difference, as long as we continue to try, and continue to walk the exact same path He walked! We can all eventually return to our Heavenly Father."  I seriously thought that was the coolest thing ever. #mindblown
So we got back to Graz on Thursday afternoon, and literally as soon as we got back, the Bruck an der Mur elders texted us and said that they needed our help!  They had an appointment with a single lady, and Bruck is an "elders only" area, so they couldn't go alone and they needed sisters to come with them! They called President Kohler and asked for permission, and he said yes because he's the best, so on Friday morning we hopped on a train to Bruck!  I've officially been to all 9 areas in my Zone!  How cool is that??  Even the "elders only" areas ;) Perks of being a Sister Training Leader!  So the elders came and picked us up from the station, and we began the hour and a half drive to their appointment.  An hour and a half in the car with elders through the mountains and countryside = music videos and rolling the windows down and being crazy. (haha) 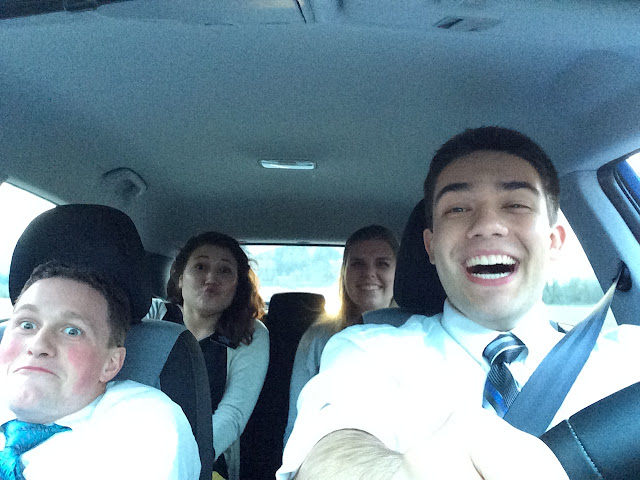 But the appointment was awesome! The little old lady was so cute and she had gotten us each like a GIANT Easter basket of candy and Easter things!  It was more stuff than I have ever gotten in my whole life for Easter at home. It was ridiculous! 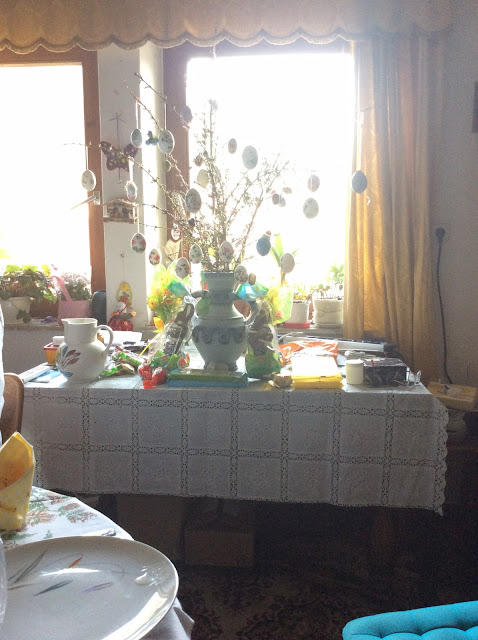 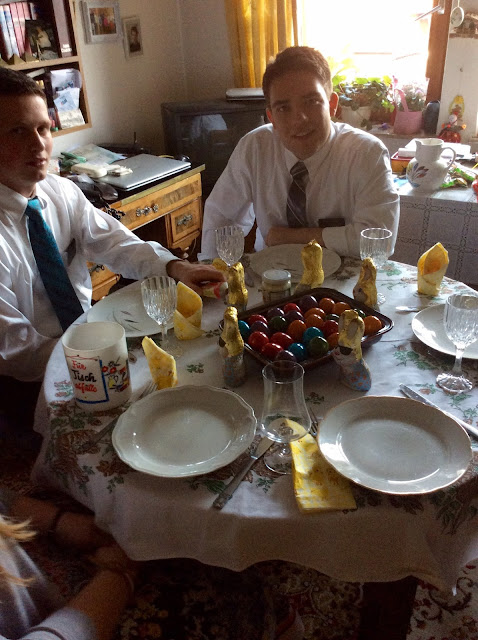 Saturday we did weekly planning and then went to the church to watch the General Women's Session, and then the Saturday Morning Session live!  I love conference!!  Sunday we went to the church at 2:00 and watched the Saturday Afternoon Session and then we had to miss the Sunday Morning Session because we had an appointment with.... OUR TWO NEW INVESTIGATORS. THIS MAKES THREE, PEOPLE!  HEAVENLY FATHER IS TRULY BLESSING US HERE.  Their names are Mate and Romana and they're from Slovenia!  They are so so so golden.  Please keep them in your prayers because they have one foot in the baptismal font and another on a banana peel ;)  They speak very very little German and very little English, so we teach in Danglish and use google translate as our joint-teacher. They are so interested, and so prepared!  The Kinghorns found them and have taught them once, and now they're being handed over to us!  There was just an INSTANT connection between all of us as soon as we walked into the room, it was so special. I love them! So blessed.
One of the things that stuck out to me the most in the sessions of conference I've watched so far was the repetition of the quote, "She hath done a great work. She hath done what she could." This phrase gave me so much peace and comfort, because even with all the variables, and all the shortcomings, I am still doing the best I can!  All the Lord requires of me is to do what I can. Take care of those little things I have control of, and give everything my all, and He will take care of the rest!  He will make up the difference.  And that is such a comforting message!  We are doing great works!  As mothers, as leaders in the church, as friends, we are doing what we can.  So never give up!  You ARE making a difference!  You just may not be able to see it at first :) 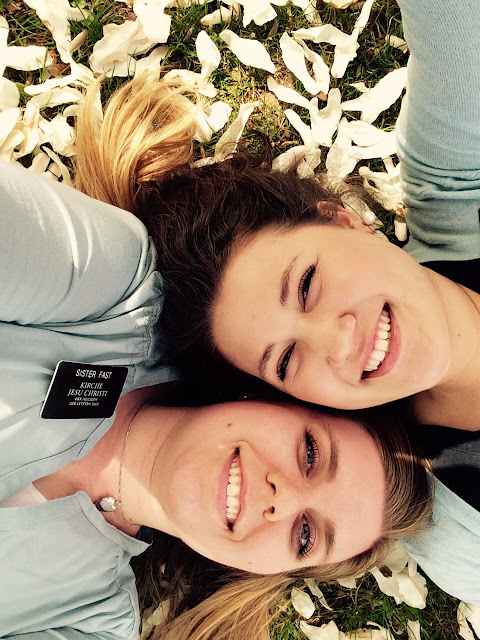