I ATE A COW STOMACH

Tuesday we had Zone Training, and it was awesome to finally see and meet the whole zone! There are 4 sets of sisters, and like 10 sets of elders, and two senior couples!  I learned a TON during zone training, and it was so spiritually uplifting, but I had a mental breakdown afterwards because I just realized how much more I need to be doing, and how I can't speak German, and I don't have all the scriptures or points to the lessons memorized, and all the organization and planning and obedience stuff, and it was just super overwhelming. But the other sisters were very nice and came to calm me down.

Wednesday we had a giant lunch called "The Rosan Lunch." Apparently this man in Wien 2 Ward likes to buy lunch for the missionaries in Wien once a month at his super fancy and GIANT tennis club!  it was the funniest thing ever!  But he is super nice, and it was super fun! (...and I promise that's not beer in my glass...haha). Then we went to this lady's house to help her peel off her old wallpaper, and I think I have found my new future career! I love peeling off wallpaper! 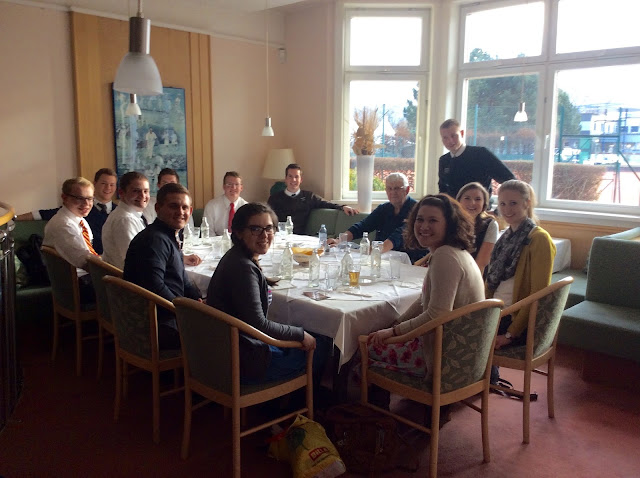 Thursday we went to a Chinese restaurant with Tao to teach him a new member lesson, and because he wanted to buy us "real" Chinese food. Tao is a newly baptized member from a ward in Switzerland who has either had extreme amnesia or he just wasn't ready to be baptized because he still can't tell us who Joseph Smith is... But we're trying to reteach him.  Anyway he bought us lunch and the menu was only in Chinese and German so I didn't know what I was ordering, and apparently I ordered cow stomach.  LIKE WHAT THE HECK. OUT OF ALL THE THINGS I COULD HAVE ORDERED.  I didn't know what it was when I got it, but it looked like a stringy grey tongue.  But I didn't want to be rude so I ate a tiny bit, and I almost threw up.  Then I asked Tao what it was and he confirmed my suspicions (cow innards), and I have no idea why but I decided to eat another tiny piece to make sure that it was actually as disgusting as it was five seconds ago, and yep! It was!  SO YEAH NOW I HAVE SOMEONE ELSE'S STOMACH IN MY STOMACH.  GROSS!  At least I'm learning to expand my tastebuds' horizons... 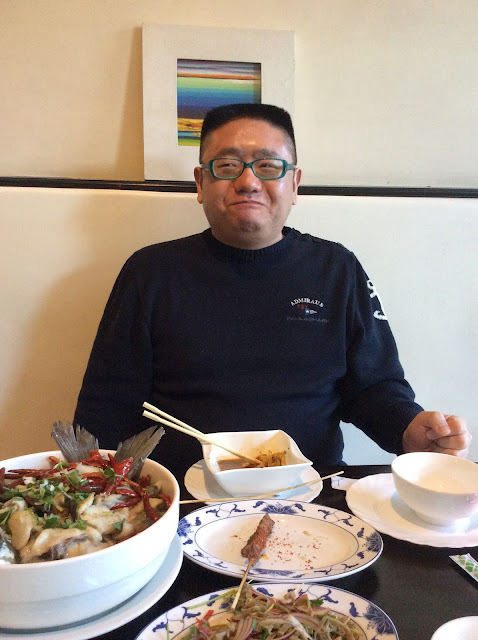 Saturday we received transfer calls.  You know, it's really funny how Heavenly Father works sometimes.  Because Friday was seriously the best day with Sister Jest.  I think we finally became friends that day, and the rest of the day we were able to see so many miracles come because we were finally in harmony with each other!  We even hit the standards of excellence for the week!  Neither of us thought we would get transferred, because I'm still being trained, and if anyone, it would be Sister Jest to leave and I would take over the area.  But crazy news!  I'm leaving!  I'm being transferred to Graz (grats), still in Wien zone, but like 3 hours away from anything. :)  Honestly, I just burst into tears when I heard.  I don't want to leave Wien!!  I'm just barely getting to know the ward, and love our investigators, and know how to get around the city!!  But it's true that as soon as you learn what you need to learn (how to love your companion) something changes!  I'm leaving on Thursday, so I still have a little time left here and believe me, I'm gonna juice everything I can out of those last few days! 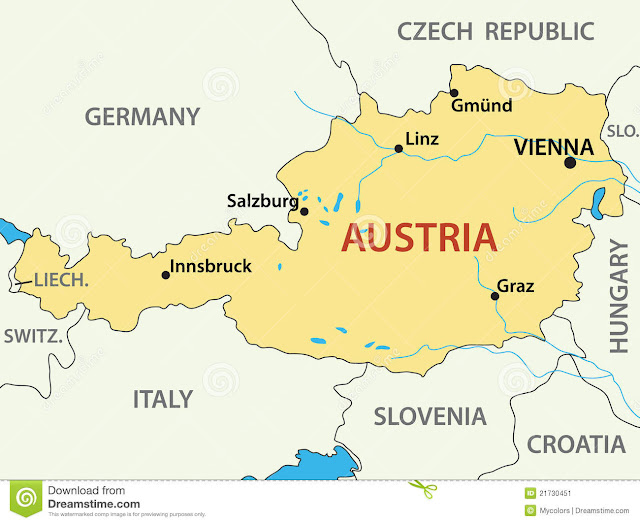 I love my mission. I really honestly do. Even though there are very hard times, there are way more happy times, and times when I can really see clearly the path I'm on.  I really feel like I am growing closer to my Savior with every step I take, and I am learning more and more about myself every day!  As I lose myself in the service of others, I find myself more :)  Weird how that works.  I'm so excited to meet my new companion, Sister Fast, and excited for this new adventure I'm going to have!

The church is true, the book is blue, and God loves YOU!