Time for the weekly update!

On Monday for pday we went to the Augsburg Oktoberfest thing, and it was pretty awesome! Let me just say that Germans know how to do carnivals and fairs. These things are a million times better than anything I've been to in America! 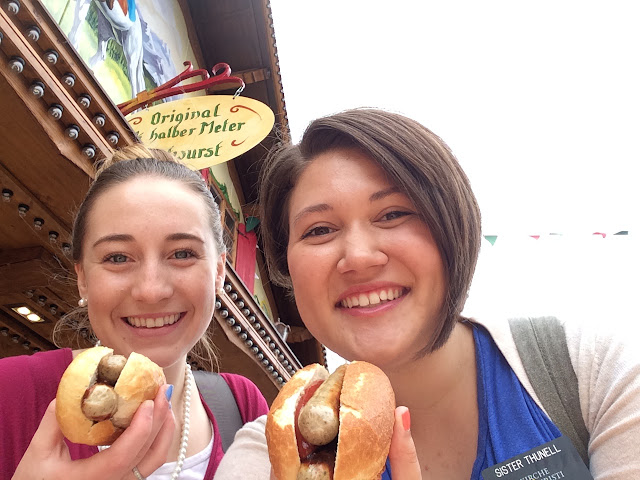 That evening we worked our butts off going by a clump of less actives and leaving notes for them and trying to get to know them and become friends with them! And that was kinda the theme for the week!
1. Working our butts off, and 2. Getting to know less actives!
Literally, the answer to any problem on the mission is WORK. So, whoever said that is right. I didn't even have time this week to think about anything but the work here!

On Tuesday after district meeting I went to Munich to tausch with Sister Gach! We had a great time, and I got to see Nadine again and have a couple of lessons with her, and then we went to lunch at Vapiano's (the best Italian restaurant ever). It was so great! And Sister Gach and I had a few awesome appointments with some people in their area, so it was a good tausch! 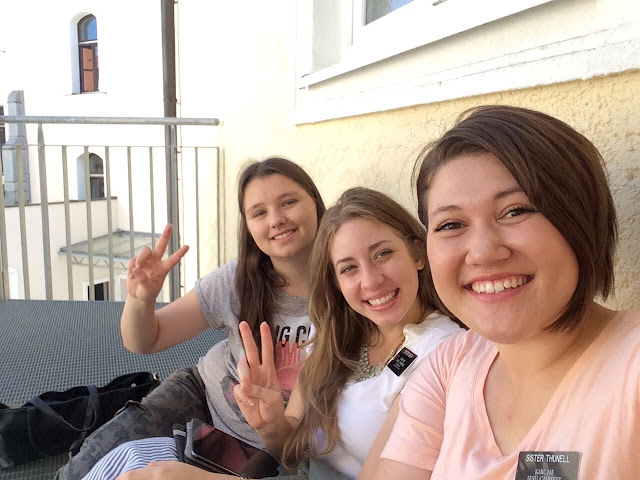 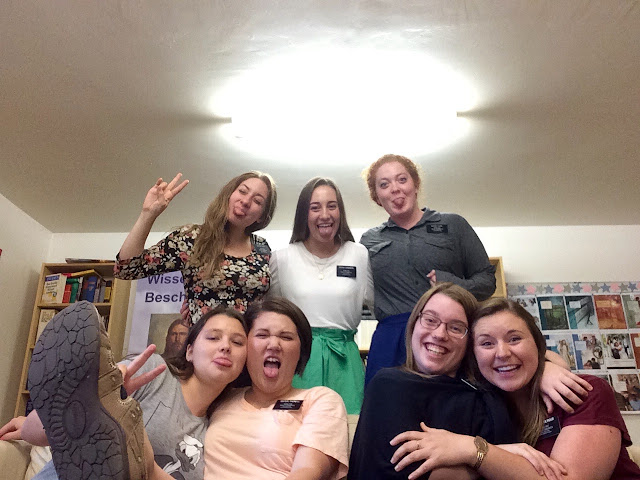 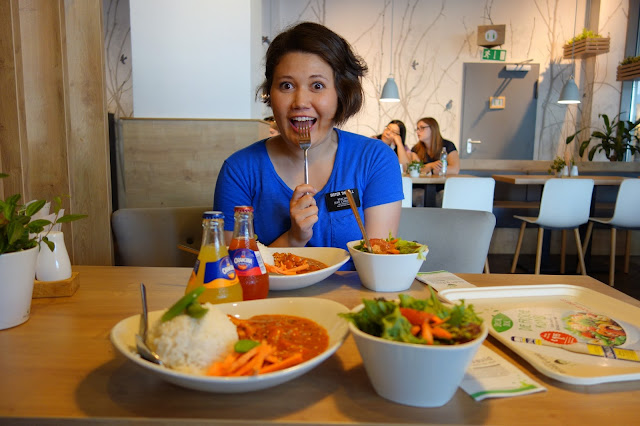 On Thursday we walked EIGHT MILES IN THREE HOURS. I don't know if that sounds like a lot, but let me tell you, it was A LOT. We had a ton of less actives to go visit, and then we had a lesson with a lady super far away, and we found out way too late that there is no public transportation to her house, which is in the middle of Kansas, so we literally walked an hour through the corn fields and cow poop to get there, and then an hour back! So crazy! But hey, walking three miles in an hour isn't too bad! Already starting my six months to sexy I guess! (That's actually coming up really soon and it's freaking me out).
Thursday night after our walking marathon, we had a BOMB lesson with Izu. He is just so great and so smart and humble and ready to take a dive head first into the baptismal fontttttt! Next Sunday :) Please pray that everything keeps going smoothly! We talked about some of the commandments, and we told him how we study for him and prepare what to teach him every single morning! And we pray for him every day! And he was so speechless and so happy! It was a great day :) I slept like a puppy on Benadryl that night, to say the least.

Saturday we probably walked the same amount, and now I know why people come home from their missions with holes in their shoes! This cobblestone is rough! But we went by a ton of former investigators and less actives, and I would say that it was a very successful day because we found ice cream for 90 cents per scoop. #yes.

Quick fun fact: we hit all of our goals for the week! It was so awesome! Just taught and talked and helped and smiled, super easy stuff ya know :)

Sunday was great because finally all the members are back from vacation!! So we got the baptismal program for next week all settled, and heard about everyone's dreamy vacations to Greece and South Africa and Paris. We had another great lesson with Izu, and we told him that we were fasting for him that day, and he was even more speechless and even more happy! The key to missionary work: love!! The key to anything really :) After church we had a great member appointment at the Frölich's, and the family in our ward from Columbia came too! They can really only speak Spanish, so yay I got to use a little of my rusty Spanish to communicate! "Niños, jugar, serpiente" you know, all the important stuff.  (haha)

Today for pday we went to the zoo again, which was super fun!
Well, thank you all so much for the emails and prayers :) this week has definitely been better than last week!

I love you all, schöne Woche!