Oh! Susanna! Oh Don't You Cry For Me, I've Come From Alabama With My Banjo On My Knee

I love how my allergies turn on and off.  Yesterday I ate peanut butter and had no reaction, but on Tuesday, after I FINALLY got to hold a kitten, I spent the rest of the day sick and sneezing.  I hope one of these days Heavenly Father will realize I'm not going to stop holding animals and he'll take my allergies away...Until then, I just have to limit the number of strays I cuddle in one day.


Something I'm grateful for this week: so many people gave us food during the week (soup, pasta, pupusas) that it didn't matter that our dinner appointment fell through yesterday. We broke our fast with a feast of leftovers :)

We've had a lot of miracles this week. Our investigator Katy has been coming to church finally!  She doesn't like driving (I can totally relate) but she's been driving herself anyway. I'm just so proud of her for coming this week and last week, because when I think about it I know that feeling of getting into the car and thinking "Wow, I REALLY don't want to do this," But she's been doing it anyway!  And the members are SO great at fellowshipping her, I'm super proud of them, too.

Yesterday after church we had to go out to the far reaches of our area to check out a referral, and in leaving church we realized we only had about 50 miles of gas left. We prayed that we would have enough at least to get there (because we had to go out of our area to get there and it would be really bad to run out of gas in the middle of nowhere outside our area). When we did get there we saw that we had a little less than 30 miles of gas left, and it would take about that much to get home, so we decided we'd have to work that area (a trailer park) for the rest of the night. Turns out everyone who lives there is from Mexico, so not only did we find some awesome news and potentials, but we also found like 6 pregnant dogs, 3 racing horses, and a PYGMY GOAT (you bet I took a picture). 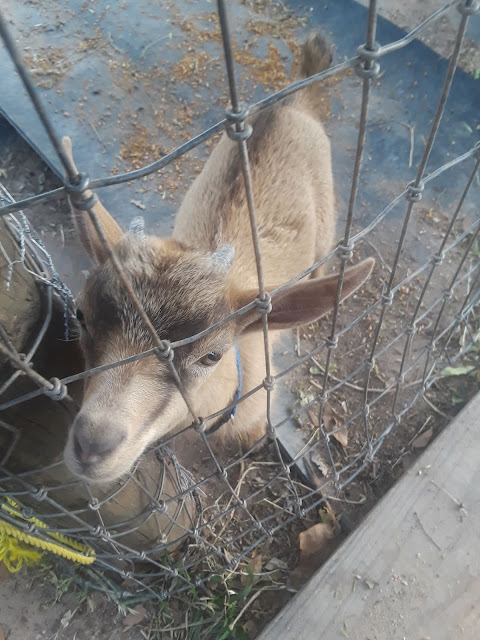 We ended up leaving later than we thought we would and the GPS said it would take 45 minutes to get home so we were afraid we would be late and/or stranded.  BUT the power of prayer is REAL. We made it home exactly on time and somehow still had 16 miles of gas left!

Favorite investigator find of the week: This lady Susana who's from Guatemala. We met her and her husband taking care of their trees outside their house and she was super nice and funny. She really likes her trees, though. When we asked how long she and her husband had been married she said "Oh we're not married, we're just together.  I don't like marriage because I'd really just rather marry one of my trees.  My only problem is that I can't decide which one to marry, because I'm in love with all of them!"  She'll be an interesting one to go back and visit.  Honestly, I get the plant obsession though.  My sunflowers are finally growing again!  They're so cute so I decided to name all of them.  Pictures included, but I know my handwriting is hard to read, especially in chalk. Their names are Faro, Abish, Russel, and Menta 😊 thanks go to my mom for brightening up my life and our apartment. 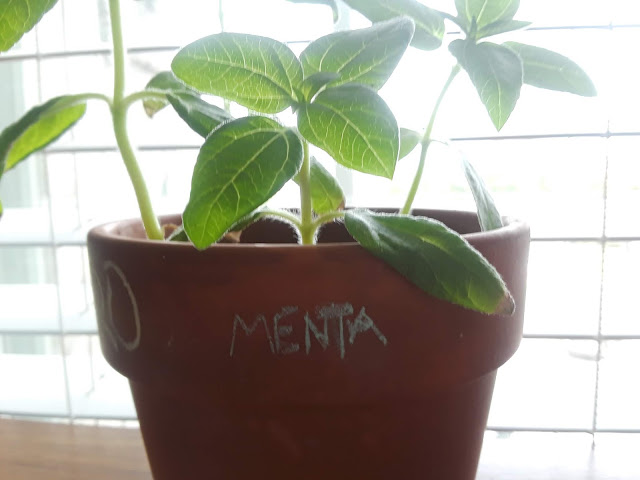 A really REALLY great video that we watched this week with a less active family is "The Hope of a Mother" (I hope that's what it's actually called in English. It's "La Esperanza De Un Madre" in Spanish) on the Mormon Channel.  It's amazing, and you should all take a minute to watch it this week.

Sometimes it feels like everything is spinning out of my control out here, or like I'm completely lost and I don't really know what I'm doing, but I know that I can always pray to my Heavenly Father and that He will and WANTS to give me direction.

Just a few of my miracles this week.

Thanks to everyone!
-Hermana Thunell ❤ 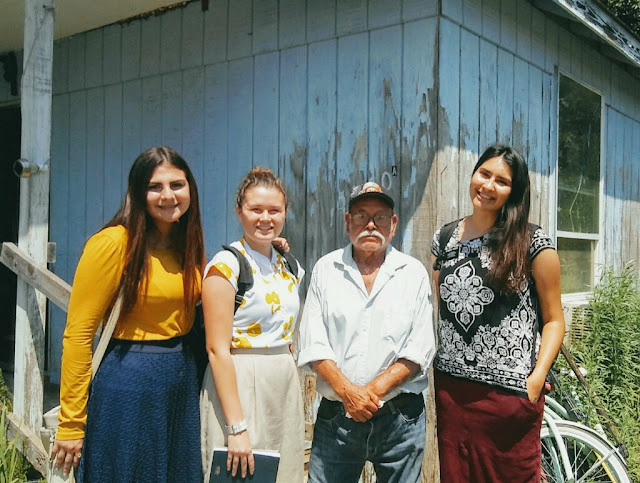