Sorry there was no weekly last week. We went to the museum!  It was SUPER fun but it literally took up our entire P-day. On the bright side, now I have two weeks worth of stories to share!


I'm LOVING the bike area so far! I haven't fallen yet (🚪✊), but somehow I had six bruises on my leg after the first day here. Like GNARLY bruises, but they've all healed by now. Out here in bike-land it's trendy to have a watch tan line and I'd say mine is coming in nicely 🤣

The young women had a garage sale/pupusa sale on Saturday as a fundraiser for girl's camp and we (the missionaries) took shifts as companionships running a Book of Mormon stand where we offered free copies and gave church tours. The elders didn't have much luck with it, but Hna. Hill and I passed out 5 Books of Mormon and gave 1 church tour!  We also got to eat free pupusas, connect with the members, and do lots of service.  After our shift was over we had a lunch appointment with a less-active member, but we didn't have our bikes with us so we ended up walking a mile to get there. When we finally showed up he told us his wife wasn't home.  After about 10 minutes of trying to tell him that it really wouldn't be okay if we broke the rules "just this one time", he finally brought some chairs outside and we ate and talked just outside of his apartment.  Definitely one of the weirdest appointments I've had.  When we were done we walked the mile back to the church where we helped clean everything up from the garage sale. Thankfully we were able to get a ride from a member to our next appointment.

After that, we still didn't have our bikes and our bus passes are out of money.  We managed to sneak onto one bus that took us most of the way home, but the other one was going to take a half hour to pick us up and Hermana Hill was dying of heat stroke so we walked the rest of the way and made it home at the same time the bus did.

Yesterday I taught relief society for the first time!  And in Spanish too!  Thankfully members in Spanish wards have LOTS of stories to share, so they pretty much taught the lesson themselves 😊

Favorite Finding Adventure of the Week:
Hna Hill: *knocks door*
No answer.
Me: *knocks door again a minute later*
20-Something Dude opens the door: *chewing on something* "Hey could y'all stop knocking, thanks." *slams door*
Five minutes later when we're already down the hall
Dude: *opens door again* "And I don't care that my mouth is full!" *slams door again*

I guess I can't blame him though. I'd be grumpy if someone interrupted me while I was eating Chick-fil-a (we have 3 of those in our area so basically I'm in heaven).

I'm learning so much from this area:
- the gift of tongues is SO REAL
-Jimmy John's can make deliveries to the church
-ALWAYS wear good walking shoes, even if you aren't planning to do much walking that day.

And lots more. I've got a great spiritual thought brewing so stay tuned for it in an upcoming email!

I've only been in this area for 2 weeks but I already feel like it's helped me grow so much. I'm so excited to see where else the Lord takes me! 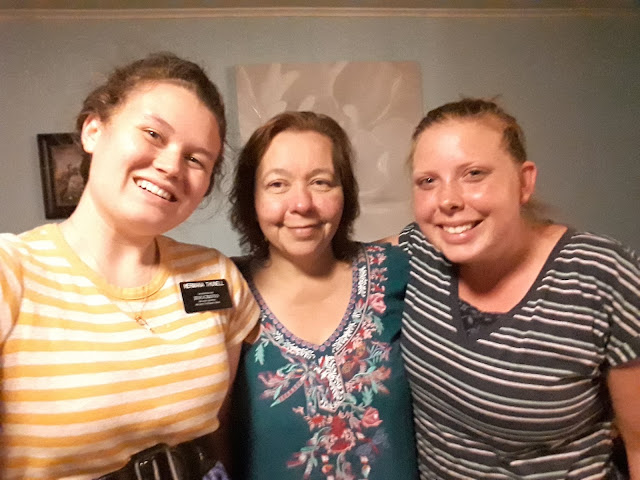 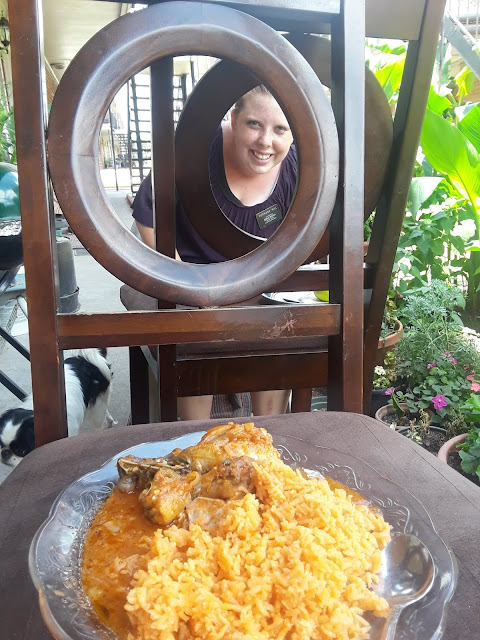