The Miracle of the Colored Markers

Hello once again! It's your favorite Sister Missionary in Germany!

The last couple of days have been great!!  Going to the Military Base on Thursday was extremely weird for me. We bought all of our favorite American food that I forgot I even missed, but the whole time I was just in culture shock because everything was so American!!  Everyone was speaking English, and they all looked super American, and you had to pay with US dollars, just so weird.  But we have Captain Crunch and Pop Tarts now, so that's good :) 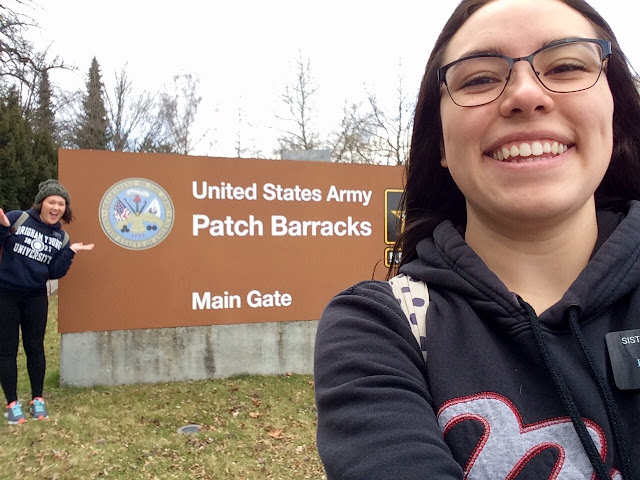 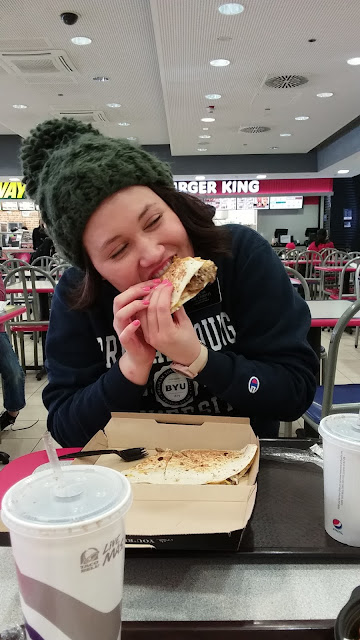 But onto more important things!...
Update: Remember our investigator, Vanessa, who is getting baptized on March 18? well, her husband, Tony, called us on Thursday and said that he has decided he wants to get baptized, too!!  So we now have TWO baptisms on the 18, and their four kids will follow shortly after :)  Holy cow, it was such a miracle!  Sometimes I can't even believe all the miracles that Heavenly Father gives to us.  He is just a wonderful God :)  So we have been visiting them a ton, and the entire family came to Stake Conference in Stuttgart yesterday! And Debbie!  So we had 6 investigators at church!  That's about double the size of our branch haha. Good things are happening here in Ulm.
I wanted to share the miracle of the colored markers today. We all know that Stake Conference can be really long, and really boring, especially for children under the age of 12. So we found some cute church coloring booklets for Vanessa and Tony's children to keep them busy during the two hours. Well, we handed them all out, and shortly after, we realized that we forgot to bring crayons or markers for the kids to color them with!!  So we went running around throughout the whole church building (but actually speed walking because we don't run in the House of the Lord) hunting for anything they could use!  Well, we couldn't even find ONE crayon or colored pencil. So we sadly went back to our seats, thinking that it's gonna be a longggg two hours with restless kids. There was a hymn book stand right behind our seats, so we decided to check there as our last hope, and what do you know!  A whole package of 24 colored markers!! Jackpot!!  I thought it was a huge miracle, because probably the Sunday before, a mom with her own little bunch of kids accidentally left their really nice pack of markers at the church, and maybe she didn't even realize till they were driving home. And probably she didn't want to drive all the way back to the church to get them, but she knew it might be a long week at home with her little kiddos if they didn't have any markers to draw with, but she left them there anyway.  And it was for a purpose!  Heavenly Father had a plan for those little markers, just like He has a plan for all of us.
So, next time you accidentally leave your markers at the church, it might just be for a really good reason, that you may never find out!  And next time you wonder why a certain challenge is happening in your life, or why you have to deal with this certain person, or why your google maps led you two hours away from where you actually wanted to go, think of those little markers and how if Heavenly Father had a plan for them, of COURSE He has a plan for you.

And yes, the coloring books and markers were successful at keeping the kids busy the whole two hours! Yay!
So, five things from Sister Thunell's "Most Important Things I've Learned on my Mission" list to think about for the week :)
1. Satan has no power over me unless I give it to him
2. Heavenly Father doesn't require perfection, but He requires that you try your very best, and your very best is different depending on the day
3. Everyone has a story, and everyone has their own problems. There is a reason people do the things they do, and are the way they are. Dig a little deeper.
4. Sarcasm chases the spirit away, and is not becoming of a daughter of God
5. My faith cannot change another person's agency