At the end of the summer, when we found out a relocation was coming up in (what we thought would be) our near future, we also realized some sacrifices would need to be made...some of them harder than others.

I reluctantly sent an email a week or two later to the managing director of the Dallas Millennial Choirs and Orchestra to let her know that Craig, Emma and I would not be returning for the fall semester.  At the time, we were sure we would be in Birmingham long before a Christmas concert, and thought it would be better for us to give up our spots for people who would be available to participate for the full semester and perform in the concerts.  Craig and Emma were a little disappointed to leave this amazing choir experience, but I was heartbroken. 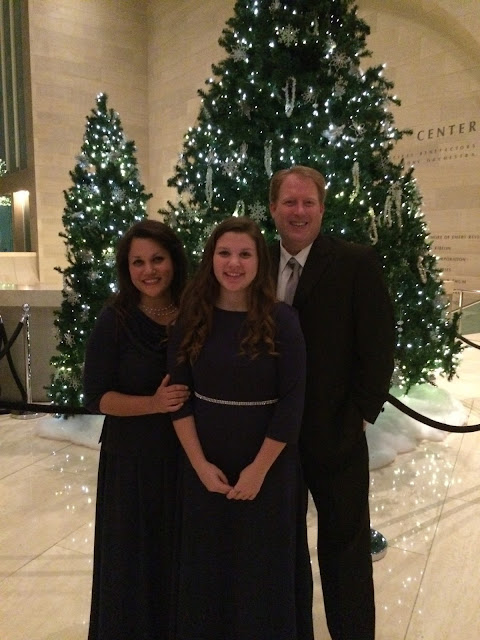 For the first two months, I cried every Thursday night at 7:00 knowing that I was missing those 2-3 hour rehearsals I had grown to look forward to and love so much.  When a few of the members of a smaller singing group I currently belong to auditioned for DMCO and made it, I cried hearing them talk about the new music they were learning and the awesome Christmas concert ahead.  When we played Sunday music at home and in the car, I cried when the DMCO songs would shuffle through the playlist.  When Savannah emailed one week and said they played MCO music in the MTC and that it reminded her of me...that made me cry, too.

Pretty much, I've spent the better part of the last 150 days crying about one thing or another.  It's been a long 5 months...

As the weeks went on, and my DMCO friends started talking more about the concerts, I anticipated the advertisements and email announcements that would be coming, and decided that if by some crazy chance we were still living in Dallas at Christmastime, there was NO WAY I would be able to attend.  Craig and the kids could go if they wanted, but I would be staying at home...probably crying.

One Monday morning, I decided to leave the Sunday playlist on in the car for a whole week just to see if it would make a difference in the quality of our carpooling experience.  I had dropped all the kids at school, turned the music up really loud, and somehow one of those DMCO songs started playing before I could catch it and change it.  It was How Great Thou Art.  Not only is that my favorite hymn in the whole world, but that particular DMCO arrangement happens to be my all-time favorite arrangement of any hymn EVER...in the whole world.  The song started, and then the crying started.  Like sobbing.  All alone.  In my car.  In my jammies and bunny slippers.  Driving home from Allen HS.  Sobbing.  Isn't that the most pitiful thing you can imagine?  But miracles happen in strange ways sometimes, and between sobs, the clouds in my head parted for a second, and I heard Eleanor Roosevelt's voice say, "You must do the things you think you cannot do."  So instead of changing the song or turning off the music, I made myself listen to that song.  And then the next day, on the way home from the HS, I searched through the playlist, found that same song, and made myself listen to it again.  By the end of the week, I made myself sing it.  There was still crying, but at least I wasn't sobbing.

By the weekend, I had decided I needed to do one more hard thing and make myself go to that DMCO Christmas concert.

That concert happened last night.  And it was the most amazing thing I've ever heard...seriously.  And guess what!  I didn't even cry...well, not until the very last song and by then everyone else was crying, too.

This was my view from the center of the balcony section... 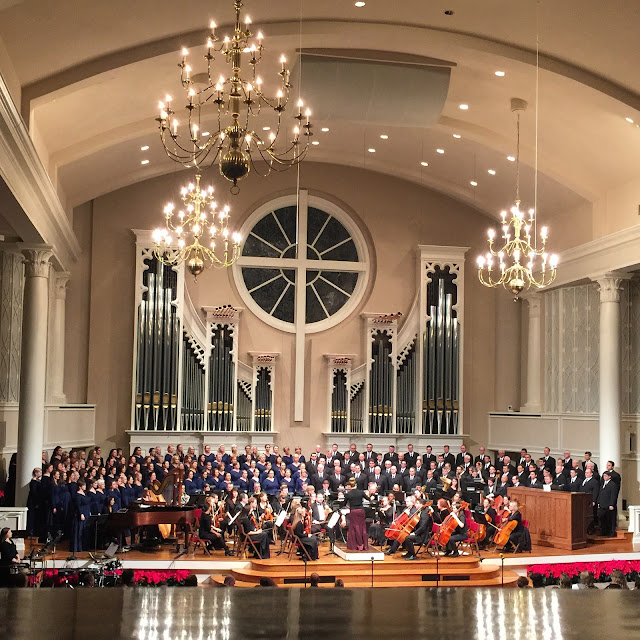 ...it is a completely different perspective to sit in the balcony and listen to a group you formerly stood on stage and sang with.  I loved it, but I prefer standing on those steps and having this view instead... 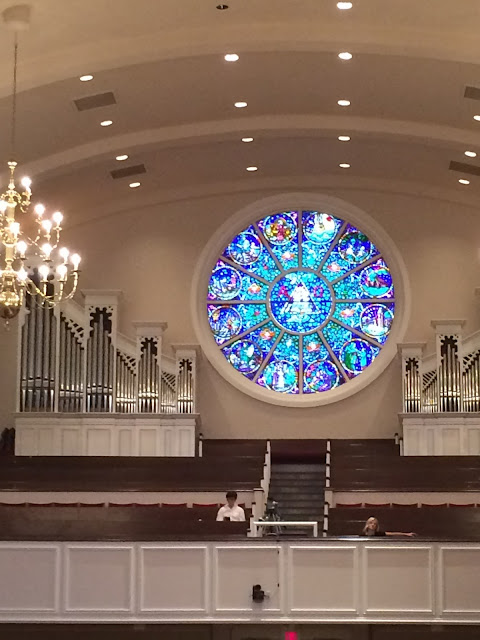 This church is stunningly beautiful.  It was filled to capacity last night with about 2000 people.  First ever sold out DMCO concert!  And I am so glad I didn't miss it.

While I was sitting there listening to all my friends sing beautiful music, the thought occurred to me that with the house now officially off the market for a time, there's so reason I couldn't audition for DMCO again.  And then this email came today... 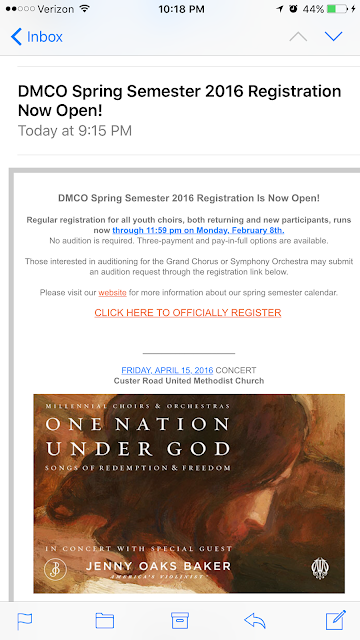 This is a more competitive group than it was when I originally auditioned two years ago, and auditioning isn't on the list of things I love to do.  But I'm doing it anyway because Eleanor Roosevelt's voice is pretty loud in my head these days.  Keep your fingers crossed.  Auditions are January 28th.

Maybe some of the things that appear to be huge sacrifices, that we are heartbroken over, and that we fear are lost forever, are actually only gone for a little while...or maybe not even lost at all...